a little passion for film On the other hand there is photography on film. You know, back then, when Dad took a picture of you… It took a while until you saw the result. Usually „prints“ of these pictures made it into the family album. Weeks after the event. The only people who worked really fast with film were the press photographers. They had people in the labs standing ready to develop films to bring them to the media. Your common every-once-in-a-while photographer would either have a lab in the cellar or go to a photo store (or drug store) to get the film developed. And this took a little while. The opposite of instant. Today good labs become rare. Some drugstores will develop your film but scan the negatives cheaply to print them out. The results usually are „underwhelming“. Sometimes you wonder whether the films got worse over time – but no! It’s usually the process of getting your pictures from in-the-camera to paper that is lacking love and professionalism. So either you find a good lab for your film work or develop on your own. Me, I don’t have the time for developing my films, unfortunately. I have done so in the past, but I was lucky enough to find a local lab to develop my films. And the guy does a good job at it. He even scans my negatives for my „hybrid“ work – from film negative to digital. Even his standard scans are good enough to use them in correspondence with my digital work. For special purposes, like big prints, I use a film and photo scanner on my own. This all goes pretty fast for sure. But some waiting is still left – so again the opposite of instant. He develops films only once a week… Give it a try! Film is (still) a good medium for your photography. 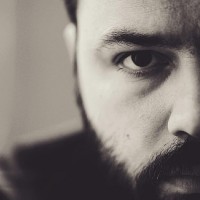