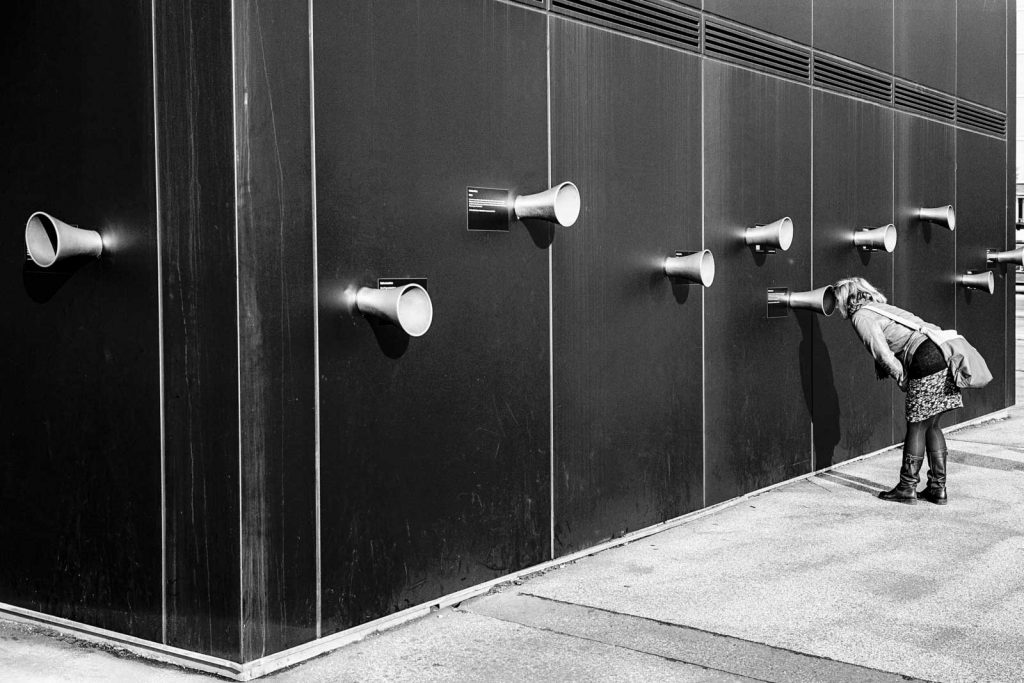 Analog photography is still very popular, and has been so for quite a while...

Analog photography is still very popular, and has been so for quite a while. I notice this again and again for myself. And every year I notice that the community is getting bigger and bigger. There are entire channels/pages or hashtags on YouTube and Instagram that illustrate this extent. Granted, maybe it's just the "self-fulfilling prophecy" scheme, I don't know.

What I do know is that I still really enjoy analog photography. Why is that? I mean, if I'm honest, the analog process is nowhere near as convenient or fast as digital. In professional photography (advertising, press, weddings, etc.), digital photography is clearly ahead simply because of its quick availability and control of results, saving the client a lot of money and the photographer nerves and time.

As much as you want to hold up the flag of analog photography, you can't make a stab at it here with the analog process.

Good question, I for one really like that tension. So I have a certain image in my mind that I see while I'm somewhere. I imagine this image in my mind's eye. I visualize it. Then I look through my viewfinder, compose the image and press the shutter. Done. Maybe I choose a different angle again or match a different moment. But at the very least, I think more carefully than I do with digital about whether and when I press the shutter.

After that I go to the next scene or not. The film is then maybe even 1-2 weeks, even 1-2 months in the camera until I finish exposing it. The day when the mail from the lab I trust arrives in my mailbox is the next moment that spurs on the anticipation.

Admittedly, not all of the images may turn out well. But there are some that make you think, 'Perfect! That's exactly how I wanted it,' or 'Oha, I didn't think it would be like that! Then there is everything from joy to disappointment. The random results are what I like the most.

In the beginning, I still tweaked the images in LR and quickly realized that I would only ruin them if I changed much besides cropping. The look that the guys and gals at Safelight deliver to me is as it comes out of the lab, great for my taste. Less time on the computer, more time photographing. Wonderful!

My favorite is Kodak Portra 400, which I always overexpose by one stop. That's also so nice about film, at least negative film, it's so forgiving, especially when it comes to overexposure. I had an exposure overexposed by 4 stops the other day. 'So what?" the film probably thought to itself.

The tones in black and white film, combined with the film grain, are basically impossible to achieve in the same magic digitally. And if so, then only with (a lot of) work on the computer. With film, it looks organic/harmonic and real.

Unfortunately, the prices for film have become quite expensive in the meantime. The Kodak Portra 400, for example, currently costs around 13 euros for 36 35 mm shots. Then there is the development, possibly scans and / or the prints. You quickly end up in the region of 25-30 euros. That will be expensive in the long run. But the good news is, there are also cheaper good films. Both in color and in black and white. For example, I like the Kodak Gold 200 and for black and white the Ilford FP4 or HP5. At what under 7 euros, these are not cheap films either, but still.

Overall, I always have to say that I just extremely like the look of film and can't get it in post of my digital pictures either. I don't want to exclude that someone can get the look digitally, but it's just not possible for me. The gradations of gray tones in film are really great.

The nice thing is, you can get very good analog cameras for quite little money nowadays, which make experimenting with film really easy. If you're not looking for Leica and similar high-end cameras, you can get really good cameras for around 100 euros.

Of course, some of them are getting on in years and you can also be unlucky and the camera quickly gives up the ghost. However, with many analog mechanical cameras, a repair is often still possible. The less electronics are built in, the better the chances. I wouldn't necessarily put the point and shoots in this category, but they have the advantage that you can simply pull out the camera, as the name suggests, and take a picture. Most of the time these are also very small, and you can create what I think is a very cool "everyday reportage look" not least because of that. Not everyone's cup of tea, but I like it sometimes, and there are a few photographers who really put this look into scene. Murat Aslan in particular comes to mind.

In my case, I actually use a Leica MP at the moment (at this point my thanks to FOTO-GÖRLITZ for the loan) or when my Leica M2 is back from the CLA just this. For me personally, this makes sense because I can shoot both digital and analog with my Leica mount lenses.

Furthermore, the mode of operation is completely identical. I don't have to get used to anything with my Leica M10-P. Even visualizing and composing is the same for both cameras. The only difference is that with my M10-P, I can immediately examine the image.

In the meantime, I believe - and yes, this can be understood as a small warning - that I have prepared the way to the Leica M myself.

At the time, I was fascinated by the small Fujifilm X100, now in its 5th version. I thought it looked great. So wonderfully analog. Almost like a Leica M. Ugly tongues have also called it the Leica for the poor. Doesn't really do the camera justice. Anyway!

But I quickly realized that it was not what it looked like. It is an excellent digital camera that has the rangefinder look, but nothing more. But it was exactly this slightly different way of working when visualizing the image with the rangefinder that appealed to me. So the supposed cheaper entry into the M system came via the analog M's.

What can I say? I sort of dug my own "grave" and, poof, I called a digital M my own.

One of my M's is almost 70 years old, and the other one is already 4 years old. That's a dinosaur in the digital age! And unlike my Canon and Fujifilm days, I'm still very satisfied with both.

I can only recommend to everyone to expose one or two films and to take the time for it. It's clearly a different kind of photography, at least in terms of output, but I can imagine that some people will enjoy it.

It doesn't have to be an M, and of course it doesn't mean that it has to end up in an M or anything like that. That was my own thing. But a certain addiction to the analog can arise, so be careful ;).

I would recommend a good lab. The results at the drugstores are simply crap. Sorry! It makes a difference where you get your film developed, scanned and/or printed.