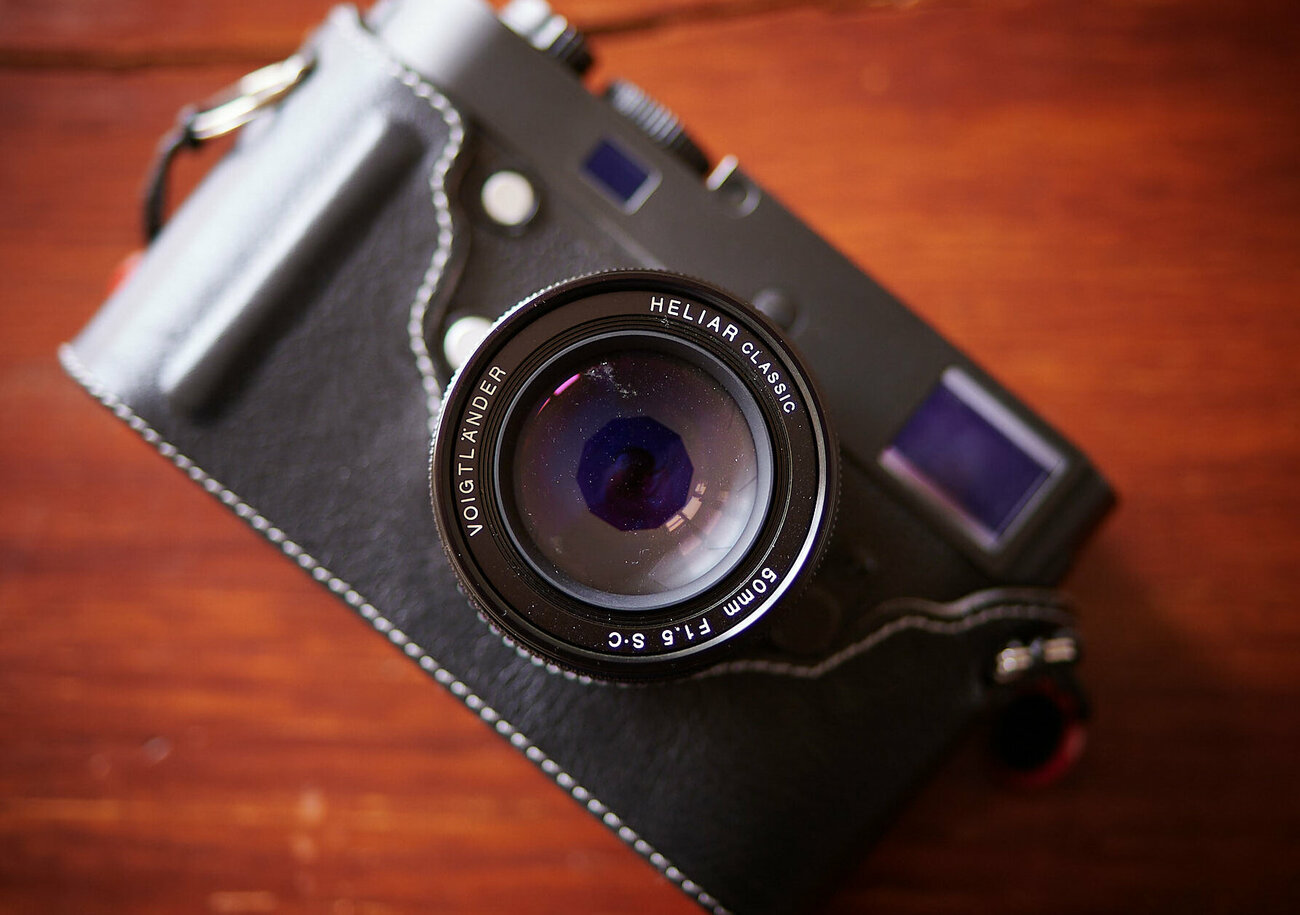 When I look at such 50mm lenses, I always have to smile a bit - after all, 50mm is THE standard focal length for the 35mm format...

The Voigtländer Heliar 50mm f1.5 classic S.C. is a single coated, quite classic lens. This is not surprising, after all "classic" is also written in large letters in the official name.

Here my thanks to the united imaging group (uig), especially the Voigtländer division, for providing us with the lens for a review. As I write this, the lens is already on its way back.

When I look at 50mm lenses like this, I always have to smile a bit - after all, 50mm is THE standard focal length for the 35mm format and has been around since that format existed. Actually, one should think that there are already enough of such variants. Nevertheless, there is always a new (like here) or revised lens (e.g. the umpteenth iteration of the Leica Summicron) on the market these days. Is this reinventing the wheel or is it old wine in new bottles? Neither, it seems to me. New and old tried and tested are together here.

The Heliar 50mm f1.5 from Voigtländer is a fairly compact lens for the Leica M mount. The rangefinder coupling is very accurate, it locks in very well and cleanly. The aperture ring sits at the front of the lens in typical M fashion and is easy to find.

The focus ring is slightly raised above the lens barrel - in other words, it's a bit more bulky at the waist than the rest. I find this perfectly solved to be able to find the focus ring directly on the full metal body. You won't find a focus bar on the Heliar 50mm f1.5 - and due to the construction it's not necessary, in my opinion.

The aperture is placed quite far forward in the lens, which is probably a factor that leads to the strong bokeh of the Heliar 50mm f1.5. Six lenses have been combined into three groups - Voigtländer calls it a reinterpretation of the "original Heliar type". This achieves an effect as you might know it from the well-known Industar lenses. In addition, a single coating is added to enhance the effect. But the Heliar 50mm f1.5 is not a one-trick-pony. From aperture 4 the oddities are over - there it mutates from an art brush to a 50mm tool.

Especially worth mentioning is the close focus distance of the Heliar 50mm f1.5. It can be focused down to 50cm, most rangefinder lenses stop at 70cm or more. Presumably this is a subtle hint at the adaptability to the different mirrorless systems. Small and light enough for that as M glass anyway. I really liked its handling on a Leica T (yes, Leica dinosaurs!!).

Performance of the Heliar 50mm f1.5

As I already mentioned, you get two lenses in one. If you are looking for something playful, but don't want to invest in a Petzval lens, you can take a look at the Heliar 50mm f1.5. From open aperture f1.5 to f2.8, the Heliar is quite full of character, to say the least. You get decent glow, both directly at the pixel and in the general image effect. The latter reminded me a lot of the ZEISS Planar 50mm f1.4 Z.F, which also had such a "cloudy" character at open aperture.

The Heliar 50mm f1.5 is not exactly sharp at open aperture, but it doesn't want to be. If you want sharp 50mm images, you have to stop down here. At f2.8 you can already be very satisfied. From f4 on, the lens easily plays with all the 50mm kids in the lens school yard.

As is well known, the bokeh is a matter of two minds. Here you get clear bokeh bubbles on the one hand, which form cat's eyes on the outside. The separation to the background is also remarkable, you have a nice plasticity in the images - which also speaks for medium to high micro contrast.

The bokeh brings double lines, which leads to unrest in the fog. This is a matter of taste and I have to say that I don't like this one aspect on the otherwise really nice Heliar 50mm f1.5.

As usual, we didn't photograph any test charts, but we did photograph walls in the background of some images. There you can see the characteristic of the bokeh quite well - additionally have a look at the video on our Youtube channel. Except for the sequences where you can see the lens, everything was shot with the Heliar 50mm f1.5. For example the focus pulls at the beginning as well as the fountain.

Very nice is the quite soft luminous drawing of backlight. There is nothing to complain about.

So while well-tried recipes for lens soup, er, lens construction have been resorted to, these recipes have been freely adapted. On the one hand, the Heliar 50mm f1.5 gives you the opportunity to take shots that 40+ people remember from their childhood and whose optics are all the more popular with vintage hipsters. (Who is that anyway?)

On the other hand, you can also take wonderful portraits and generally do everything you can use a 50mm focal length for - but then please stop down.

Compared to other lenses of this configuration, I can think of the ZEISS Sonnar 50mm f1.5 for Leica M, which I had owned for about a year and which I was also obsessed with after a test. Whether there one is better or worse... hard to say. They are quite similar. While the Sonnar bokehbubbles similarly (ouch!) to the Heliar 50mm f1.5, the latter does go with even more glow and thus is probably a bit more "romanticized".

I hope that some of you will put the Heliar 50mm f1.5 in front of celluloid to see the effect. I couldn't do that right now due to the lack of a Filmleica - so I'd be all the more curious to see the results.

Would I buy the Heliar new for a price of 699€ upwards, considering the many possibilities? I don't know. But it is exciting.