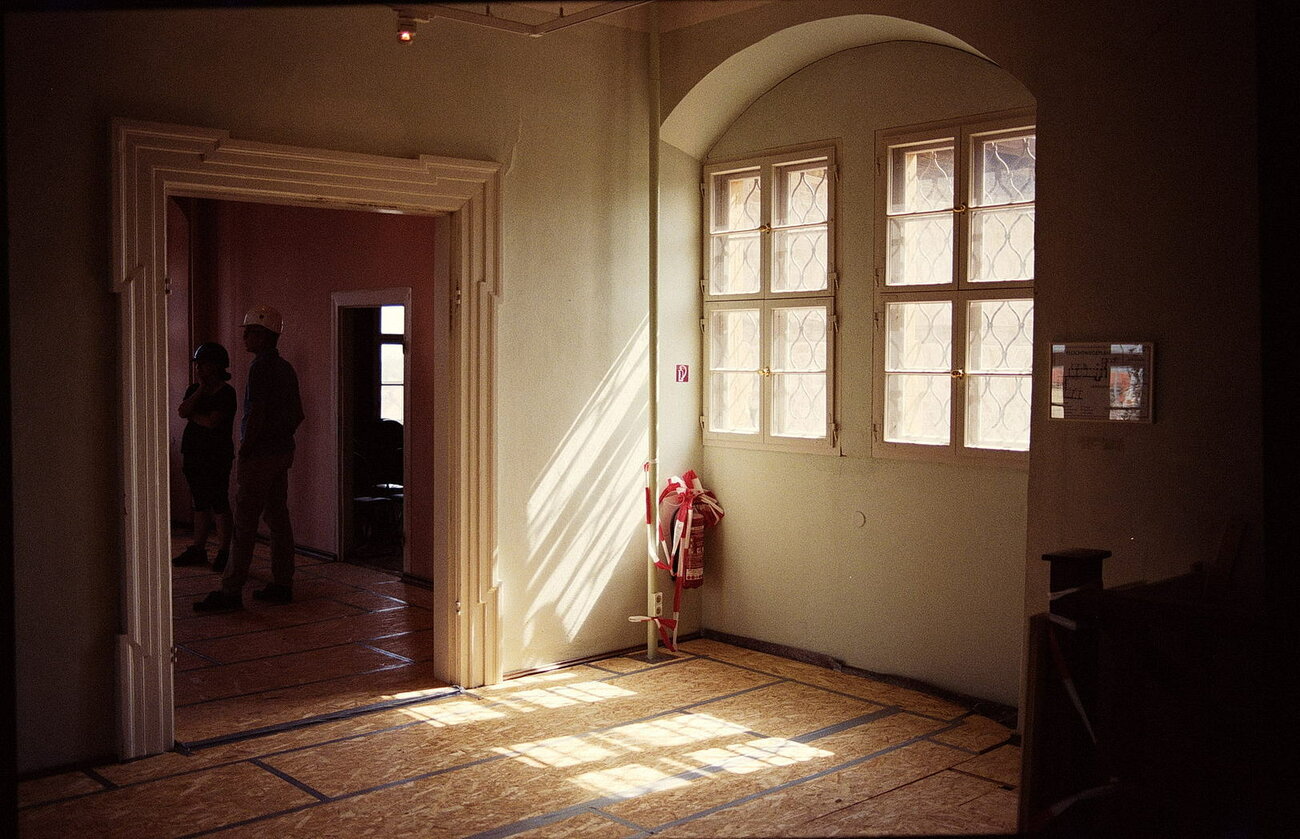 Silbersalz35 uses Kodak cinema film, just modern "Cinefilm", and spools it into standard 35mm film cans. There are different types. These films are then sent back there and developed in a special cine sauce and digitized with a 4K cinema scanner.

Over the last few months, I've been looking around again in terms of film photography.

The goal was to use a very interesting offer for me: The company Silbersalz35 offers different films incl. development and scan. For transparency: Silbersalz35 has no idea that I write something about it here. I bought the films normally.

What is in there?

Silbersalz35 uses Kodak cinema film, just modern "Cinefilm", and spools it into standard 35mm film cans. There are different types. These films are then sent back there and developed in the special cine sauce and digitized with a 4K cinema scanner. You get preview jpgs, cine jp2 (in the look that Silbersalz35 envisions) and rawscan jp2. Especially the jp2 variants can even be digitally post-processed quite well.

I had decided on a 200T. T stands for tungsten - so it's more artificial light oriented. The 200 is actually something like an ISO specification, but more of a guideline. I found various comments and hints on the net, which always assumed that one should expose rather "abundantly". Since I expose negative film "rather richly" anyway, i.e. about half an aperture over, I set the camera to ISO100. Ideally, you also use cameras for this where you can set the film speed - the cartridges don't have a DX code.

However, for a more special project, I had written to Silbersalz35 and asked how I could achieve a certain image look. They answered quickly, directly and very helpfully, I thought that was cool. It was explained to me exactly how I should shoot and what I should then specify for the development (you can specify push/pull for the development). That was really good and it worked.

I used the 200T mainly in daylight. I wasn't quite sure what kind of look I would get. In the end, it turned out to be a slightly "sandy" image look like you get in movies that take place in deserts (or what Hollywood likes Mexico to look like). A bit of yellowed reality. That could be edited away, but I liked it that way.

After all, I personally select film before (before the shot) and not after. In the digital workflow, it's the other way around for me. There the look is mainly selected afterwards (after the shot). I have used film in different cameras - Nikon FM2/T, Nikon F3 and a little bit in a Leica M6. Rewinding and then rewinding to the right spot in the next camera is possible. :) The dynamic range is super. You have a lot of drawing in the highlights and also in the shadows. Partially I could / had to save some from the highlights, and that worked digitally without any problems. In my opinion, this also speaks for the data of the scan. You can really do a lot with it.

In terms of sharpness and resolution, opinions differ widely as to what film can actually do... The scans can easily be enlarged to 20x30 or even 30x40 and you have a satisfactory view on the table. If you go to the wall and thus increase the viewing distance, even more becomes possible. On the monitor it is like pixel peeping at about 20 to 24 megapixels resolution. It works, but you reach the limits. For me personally, it's not that important to be able to zoom infinitely into the image. I rather enjoy having a real image (film) of a real situation. In times of digital availability of almost everything, this is sometimes a blessing.

Also wonderful are such things as the lack of chromatic aberration when using open aperture, the perceived depth in the scans (perhaps due to the physical depth of the medium? (genuine question)) and the pleasing colors and responses to light.

I very much enjoy using film. SilberSalz35 will remain in use for me. Currently I am using a 500T at ISO400.

What I like about it is that I don't immediately see how it turned out. Rather, I rely on my empirical values. As someone who learned photography exclusively on film and came quite late to the digital game, this is both a return and recovery for me. For me, the Silbersalz35 200T responded just as well, and in some cases even better, to the different lighting situations than I had expected.

I find the offer of about 60€ for four films, development and scan justifiable, currently even rather cheap. (Please don't raise the prices right now!) Of course, we at Qimago will also continue to work with non-cine films, and that's where we end up with safelight Berlin for development.

Development and scanning are fast, you get a link for the download very quickly. It was around 8Gb for four 36 films, by the way. Now I just have to get faster. It took me several months for the four films.